the day we fight back against mass surveillance

If you were reading my blog in November, then you know that I coordinated Take Back the Tech!, an international campaign to reclaim ICTs for the prevention of gender-based violence. Our theme was public | private. We encouraged people to see privacy as a fundamental human right, draw their own lines between what is public and what is private, demand privacy, claim public spaces, and connect notions of public and private to gender-based violence.

Fighting mass surveillance was a critical part of Take Back the Tech! How can we expect individuals, employers, and corporations to respect our right to privacy when our own government violates it every day? That’s why I’m participating in The Day We Fight Back, a campaign sponsored by an international coalition of organizations to bring an end to mass surveillance. Join us on February 11 as we fight back against the NSA. Sign up to participate, share the campaign on your social media, blog about privacy, or participate in one of the many events happening in cities around the world.

Privacy is essential for a lot of obvious things, from intimacy to democracy, but it’s also an important part of my creative process. Not everything I write is meant for public consumption. Much of it is trial and error, working through creative and life problems, or a healthy release. Some writers are up for sharing from the get-go, but I’m very private with drafts. I was the same way back in my theatre days. I needed time alone to get comfortable with a scene or song before I’d let anyone see it. I think this is why writing suits me more than being on stage. It’s solitary. I can wander through it as long as I want with no one watching. I like to perform, but I don’t like every moment of working on a performance to be, well, a performance because it’s the process that I enjoy most. It’s the getting there.

That’s what my art is: every moment I’ve put into it from beginning to end, not just what you see when you finally get to look at it. It turns into something else for you, which is fine and as it should be. The process itself lives in my private experience.

I can sit in a packed meeting or buzzing crowd and sneak off into a place inside my mind that no one has ever been, and that kind of privacy is essential to my well-being. It’s where I find peace and it’s where I find ideas. So for me, the right to privacy is as much about the right to explore even when I’m stuck inside as it is about bodily integrity.

The internet has become a key tool for exploration for all of us, hasn’t it? How much do you use the internet for your creative projects? In the past week alone, I used it to find a solution to a knitting problem, inspiration for the bedroom I’m redoing, articles and opinions on a subject for a short story I’m writing, movies that leave me thinking about narrative or character development, recipe ideas for red cabbage, and topics for my blog.

With each click, I left a footprint. Corporations can follow my trail to sell me things; governments can use it to make sure I’m not a terrorist or to do absolutely anything they want. That’s right, anything. You might say, oh, I have nothing to hide. It doesn’t matter. I don’t want anyone inside my head, and following me through my day is pretty damn close to inside my head even if you can never quite get to that place no one else has ever been.

So February 11 is The Day We Fight Back. Let’s make statements, but let’s also think about ways to protect what’s left of our privacy. Take Back the Tech! has several Be Safe strategies for maintaining digital privacy, and we’re working on more. If you have additional ideas, please feel free to leave a comment below. #privacyismyright 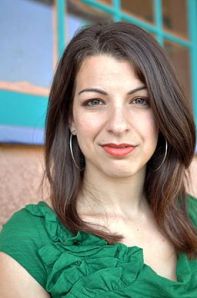 Today’s Take Back the Tech! action is about reshaping public space online. We want to recognize that much of this space is created and managed by women and there are many women who work hard to make digital spaces more welcoming for women. To that end, we’re asking people to highlight an inspiring woman in the tech or online realm.

I’ve chosen Anita Sarkeesian, a media critic whose blog Feminist Frequency deconstructs tropes associated with women in pop culture. I love how accessible her work is. There’s so much high-concept feminist analysis out there that’s valuable, but I really appreciate feminists who address what people are consuming daily and do so in a way that anyone can understand. Sarkeesian writes about movies, television, music, comics, and video games, with topics ranging from damsels in distress to non-violent iPhone games.

Sarkeesian faced serious harassment when she launched a Kickstarter campaign to fund a Feminist Frequency video project. In addition to threats, insults and photoshopped images, someone created a video game that allowed players to beat her. But she was not deterred. She stood up for her right to exist and speak up in online spaces and is even more influential now. In fact, she ended up with nearly 7,000 Kickstarter backers and $158,917 to create her Tropes vs. Women web series.

Is there a woman in the tech/online world who inspires you? Spread the word. Mention her in the comments section and link to her work in your social media. Add or update her Wikipedia page (sorely needed since women are not equally represented on Wikipedia). Rewrite women into the digital story!

take back the tech!

Today is the International Day for the Elimination of Violence Against Women. It also marks the start of 16 Days of Action Against Gender Violence and Take Back the Tech!, a collaborative campaign to reclaim technology to end violence against women. From now until December 10, join us in reshaping digital and physical spaces through the theme Public / Private.

I happen to be the global coordinator for TBTT! this year, so I’m thrilled that we’re kicking off today with Twitter conversations on privacy and violence against women. Do a Twitter search for #privacyismyright to see what people all over the world have to say and be sure to use the hashtag when you tweet.

We’ve got 16 days of simple actions you can take to have a positive impact on violence against women. The first four days are up in English, Spanish, and French, so take a look to see what we’ve got planned.

This is a shorter post than usual, but I’ll be posting more often the next couple of weeks to share with you the important work we are doing and how you can take part.

Define your line. Shape your space. Take back the tech!